The actor who was the hottest man of his time took to Instagram to share adorable photos.

He wrote: 19 years and counting…. and you still have me laughing and loving every moment we share. My Abike. Thank you sweetie! 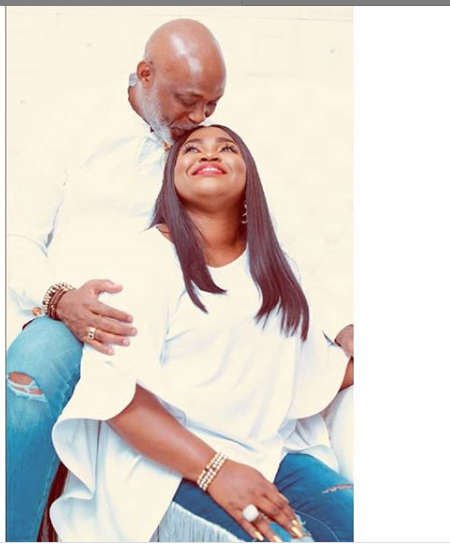 Jumobi was an ex-presenter of Lunch Break at AIT. The couple are blessed with two children.

5 Nollywood movie productions that have been affected by coronavirus

Davido’s “fall” Becomes 19th Most Played Song On US Radio