Skip to content
December 4, 2015December 4, 2015 Godspower Oshodin 95 Comments
A 36 year old man, Trevor Harper has proposed to his long dated boyfriend, Davin Covin during a church service at their local Methodist Church in Austin,Texas.He went down on his knees with one leg on the ground and the other half bent and poped up the marriage question and his boyfriend said yes; the church then gave them a standing ovation expressing happiness over their marriage proposal. 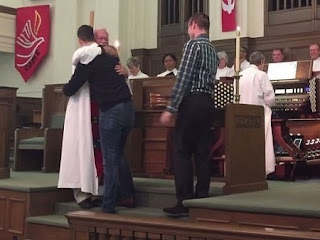 The two who lives in Austin,Texas have been dating since 2006 and are active members of the First United Methodist Church of Austin. The Reverend in charge of the church,John Wright has expressed happiness over their marriage proposal but stated that the marriage ceremony can’t be done in the methodist church as the American Methodist Church forbids same-sex ceremony to be conducted in the church or by methodist ministers but he wish he could conduct it as that would serve as a way of honouring their relationship. 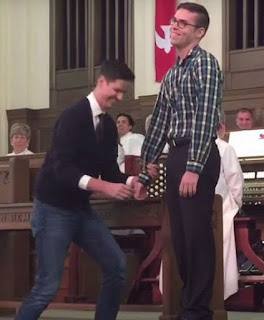 I suffered in life – Frodd