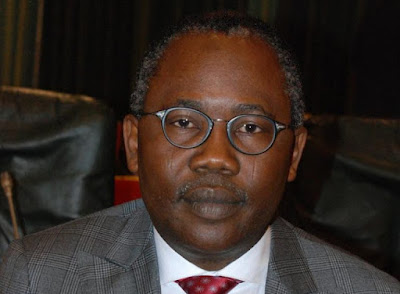 The Justice and Equity Forum (JEF) has asked the Economic and Financial Crimes Commission (EFCC) to withdraw its case against Mr Mohammed Bello Adoke, former Attorney-General of the Federation, in the light of new revelations at the ongoing OPL 245/Malabu trials in Milan, Italy.
In a statement signed by the co-conveners, Alhaji Idris Kainji and Comrade Adebowale Peters, the civil rights organisation also said that in the money laundering case filed against Adoke at the Federal High Court, Abuja, by the EFCC, “there is not a single mention of OPL 245 and Malabu in the court papers and this must be considered curious under any circumstance”.
The Forum, however, commended Mr Ibrahim Magu, the EFCC chairman, for the progress Nigeria has recorded in the anti-graft war under his watch but said Magu, like all human beings, is not perfect and should be supported and encouraged by all Nigerians in discharging his duties no matter whose ox is gored.
The group said: “On Wednesday, the 17th of July, in Milan, Italy, Mr Vincenzo Armanna, the former ENI manager who is standing trial over the Malabu scandal, told the court that Adoke warned ENI officials against discussing kickbacks and threatened them with arrest. This is the same Adoke that is being accused of collecting kickback from the deal. That doesn’t add up at all,” the group said.
“We also note that on Thursday, 27th of June, Mr. Ednan Tofik ogly Agaev, a former Russian diplomat who is also being tried over the scandal, told the Italian court that he was pressured under interrogation by the FBI to mention Adoke’s name as one of the recipients of the bribes reportedly paid to government officials in the deal. In fact, Agaev refused to adopt the FBI interview in court because, according to him, he did not mean for it to be used. He effectively confessed making a false accusation against Adoke. In a court of law, this will certainly kill the case except there is anything else to it.
“We at the Justice and Equity Forum thereafter applied for and got a certified true copy of court papers in the case filed against Adoke by the EFCC at the Federal High Court in Abuja alleging money laundering. We went through the charges line by line and to our utmost surprise, nowhere did the EFCC mention that Adoke collected bribe. Yet what the EFCC continues to tell the public is that Adoke is on trial for collecting $2.2 million bribe from the Malabu deal. Nowhere in the court papers does EFCC make any reference to bribe or Malabu. This is very strange.
“As a human rights body, we cannot close our eyes to these facts. We fully support the EFCC in its Malabu investigations but charges should be based on verifiable facts, not on circumstantial and weak grounds. Adoke has said in several newspaper interviews that the powerful toes he stepped upon when he was in office are the ones now using the EFCC to fight him. Whether or not he stepped on toes, if he has done any wrong, he should not run away. He should come back home and face trial. That is our position. However, he seems justified to cry political vendetta in the Malabu case because the court case does not accuse him of collecting a bribe, yet that is not the impression being given to Nigerians.”
The Forum also commended the EFCC for donating a property forfeited by the late Chief of Defence Staff, Air Chief Marshall Alex Badeh, to the Voice of Nigeria (VON).
“We recommend that all forfeited properties should be taken over by government agencies. That will save us the cost of paying rents every year, which by our calculations run into billions of naira. We, however, urge the EFCC to make sure due process is followed in dealing with forfeited properties. We are not sure the EFCC has the power to take a property belonging to the federation and hand it over to someone else. It is a commendable initiative that must be rooted on legal grounds. If EFCC does not have such powers, then the right thing must be done. If any law has to be amended, then is should be amended,” the Forum said.