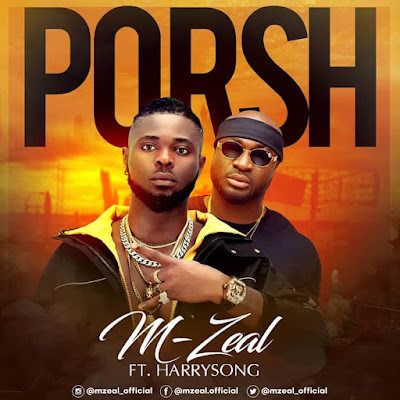 Muscle Money Records is proud to announce the debut of a new artist under its umbrella. Singer/songwriter “M-ZEAL”, real name Nwoye Ugochukwu, fresh out the stables of Muscle Money Records, is the newest music sensation in Nigeria. Kicking of the year 2020, this eclectic artist has a major offering in a brand new single titled “Porsh”.

The electric dance track is the creative genius of none other than M-Zeal and features afro-pop crooner, Harrysong.
In what can only be described as the most anticipated double offering of the decade, M-Zeal is also dropping the music video for his debut single. The stunning visuals were directed by ace director, Avalon Okpe for Tokindrumz Pictures and shot in Lagos Nigeria.
Quote: “Music for me has been 18 years in the works and I feel really pumped-up about 2020. Great things in the works people and “Porsh” is just the beginning.”

2020 promises to be explosive. Watch out for more news and exciting updates from M-Zeal.

MUSIC: AMOS – YOU BE GOD