The family of Chief Ope Bademosi, the Ondo chief who was murdered inside his bedroom at his home in Parkview Estate by Sunday Anani, his Togolese cook, has announced his burial arrangements.

According to the obituary released by the family, the 67-year-old chairman of Credit Swift Limited, will be buried in his hometown, Oke Aluko, on Friday November 23rd.

Anani who was arrested in his hideout in Ondo state on November 3rd, has since confessed to killing his boss after attempts to steal from him failed. Anani was arraigned before a Lagos magistrate court yesterday and later remanded in prison.

See the obituary of Chief Bademosi below. 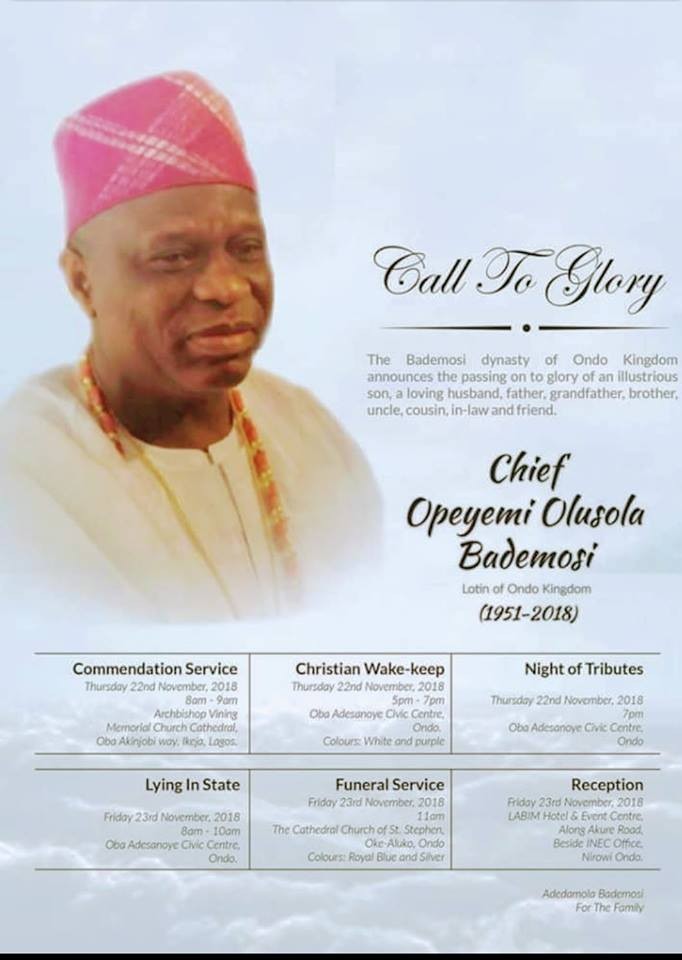 Want To Rent Your Wedding Dress? Here Are Things You Should Know