At plenary today, Senator Dino Melaye spoke on the floor of the house in defense of political activist, Deji Adeyanju, who is currently in detention.

According to the lawmaker, ‘this activist was arrested again by the Police, for a matter that took place 18 years ago. The judgement has been given. Deji Adeyanju and two others have been discharged and acquitted by the court. This is not acceptable to me; it should not be accepted by the Senate. It is time for the Senate to stand up and speak up in defense of Deji Adeyanju. We need to defend Deji Adeyanju, as we need to defend every Nigerian’.

Deji Adeyanju was rearraigned before a Wuse magistrate court on Tuesday December 4th, before he was granted bail. Adeyanju, who was arrested on November 28th while leading a protest in Abuja, was released on Monday December 3rd from the federal prison in Keffi after meeting his bail condition but was re-arrested by a police team waiting around the prison. 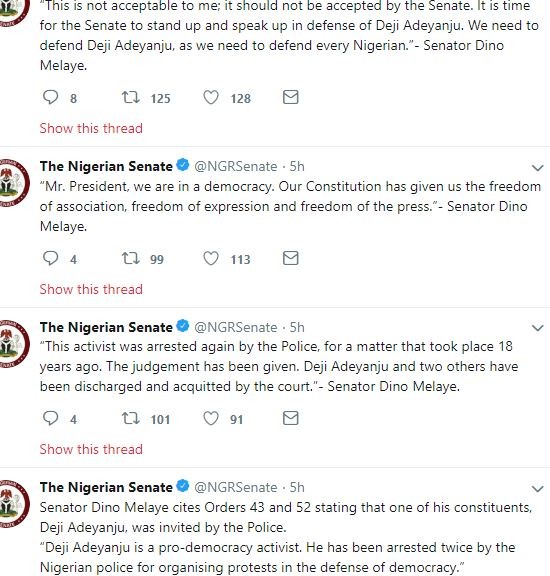