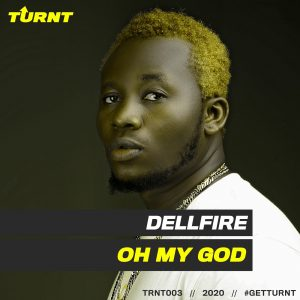 DELLFIRE. Daniel Effiong,(born 18 September,1993) is a Nigerian singer and songwriter..He’s one of nigeria’s fast rising reggae/dancehall musician that you can put your money on anytime any day,
In 2017 he won THE CREAM PLATFORM owned by one of Africa’s biggest musical artist D’BANJ.
He’s songwriting skills and style of music caught the attention of another big name in Africa ICEPRINCE,
HE(DELLFIRE) Just released what we call a Certified Banger( OH MY GOD)
here DELLFIRE proved again that he is a prolific songwriter and also a dynamic Singer
Oh my God is a sing-along song
I assure you he (DELLFIRE) Is going to be a brand to be reckoned with in the nearest possible future