In effort to give as many Nigerians as possible the opportunity to participate in the economic growth of Nigeria, the Nigeria Incentive-Based Risk Sharing System for Agricultural Lending, NIRSAL Plc, is empowering 475 female farmers in Uyo towards producing cassava in the 2020 wet season farming.

In line with its Agro Geo-Cooperative® (AGC) model, NIRSAL Plc formed a group of farmers and named it the Uyo Women Agro Geo-Cooperative. After the group naming, the 475 female farmers received training on Good Agronomic Practices as well as various inputs to be needed. Even better is the fact that all 478 hectares of land provided towards this purpose will be mechanized for the entire the planting season to optimize yields & profits as well as to eliminate the extra hard work of farming with crude implements. 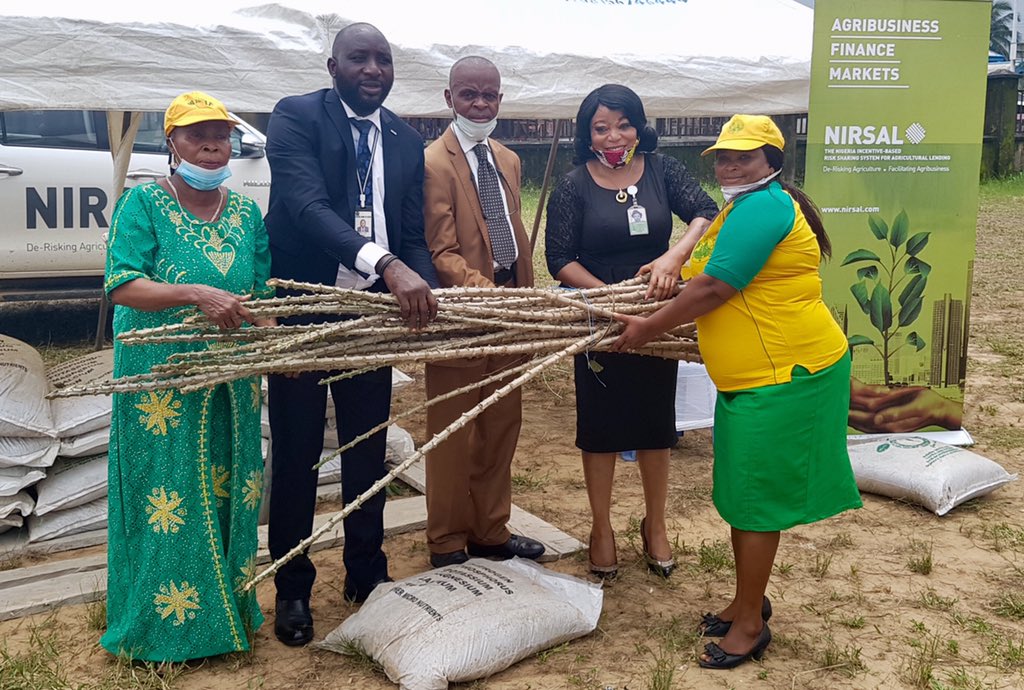 In addition, members of the Uyo Women AGC have the opportunity of receiving financial support from the Central Bank of Nigeria (CBN) through the Anchor Borrowers’ Programme (ABP) in which NIRSAL Plc plays the role of Participating Financial Institution (PFI), a critical role which involves ensuring that the CBN and the Federal Government’s developmental and economic diversification aims are achieve.

Activities have commenced with NIRSAL Plc the distributing inputs to the farmers at an event held at Anang People Primary School, Obio Ndot, Oruk Anam LGA of Akwa Ibom State. At the event, Mrs. Theresa Thompson Akpan, the President of the Uyo Women AGC, tagged the CBN’s support through NIRSAL a step in the right direction of enhancing cassava production in the state.

She then encouraged the farmers under the Uyo Women AGC to view NIRSAL Plc’s approach of farming as a profitable business in order to propel themselves from peasant farming to sustainable agribusiness. She expressed gratitude towards NIRSAL Plc for helping the female farmers’ reach their full potential and for not stopping its support of agribusiness in Akwa Ibom State.

Represented by Helen Akula, the Head of NIRSAL Plc’s Akwa Ibom State Project Monitoring, Reporting and Remediation Office (PMRO), Aliyu Abdulhameed, NIRSAL’s Managing Director/CEO, commented that NIRSAL Plc’s support is not only restricted to empowering the 475 farmers of the AGC Uyo Women, but it will also create job opportunities and ultimately a means livelihood for many families in the community, thereby achieving NIRSAL Plc’s aim of creating partnerships between finance and agriculture at the same time, ensuring food security and spurring economic growth through creating job opportunities.

He went further to make known other opportunities which opens through the ABP. For one, the farmers’ door to commercial financing had been unlocked hence, they are on the way to a better-quality life. He however pointed out; “The input you received today is not a grant but a loan that must be paid back for other farmers to also benefit from.  I have faith in you all that together as a team every kobo will be repaid with ample profit left in the bank for you to enjoy the fruits of your labour.” 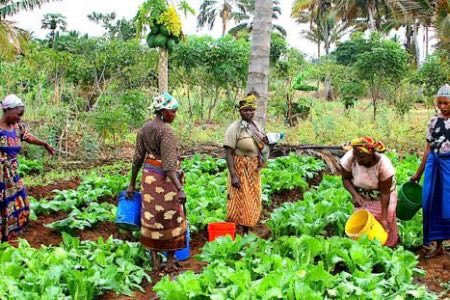 Desmond Ushe, the Acting Head of the CBN’s Akwa Ibom State Development Finance Office, also present at the event commented that with the launch of NIRSAL’s AGC concept, risks will be significantly reduced, and the participation of farmers in the ABP would be boosted.

Ushe further sought for sincerity and commitment from the farmers to compliment that of Godwin Emefiele, the Governor of the CBN, who according to him, possesses the utmost passion for the ABP and for economic growth in Nigeria through agriculture.

On the other hand, a total of 44,670 farmers planting and cultivating on 68,771 hectares of land are benefiting nationwide.

Hence, NIRSAL Plc is gradually achieving its aim of providing regional and nationwide support for farmers under the ABP.

One dead, many injured as Dangote truck collides with BRT bus in Lagos

Kyari’s Health Issue might hinder his recovery from COVID-19