Nigerian Afropop star, Burna Boy has added another foreign feature to his profile. This time around the songster was featured alongside Ed Sheeran on Stormzy song track ‘Own It.’

According to the report, the collaborative track had been earlier announced on Thursday but it was released in the early hours of Friday.

‘Own It’ is a track off Stormzy’s forthcoming second studio album titled ‘Heavy is The Head’.

Below is a teaser of a studio session with Burna Boy shared by Stormzy. 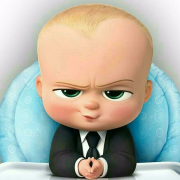 Don Jazzy reveals he almost gave up on Mavin

#BBnaija: Ozo confesses again to Nengi on how he is attracted to her (Video)