Oranges are one of the most popular fruits around the world, but the orange peel is a different deal altogether as it is the healthiest part of the fruit.

However, people tend to throw away the peel because they’re unaware of what it’s capable of. Orange peels contain nearly three to four times the fiber of the actual fruit and flavonoids. Isn’t that amazing?

Studies have proven that the orange flesh contains about 71 milligrams of vitamin C while the peel contains over 136 milligrams. Can you see why you need to rethink the act of disposing orange peels?

We’ll be highlighting how your health can be impacted when you consume orange peels. Here are the health benefits of orange peels.

Orange peels are rich in pectin, a fiber that is known to regulate blood sugar levels. This goes a long way to help people with diabetes. The glycemic load of the fruit is just 5, which means orange peel causes only a small rise in blood sugar.

According to research, a diet containing citrus fruits, such as oranges, offers protection against cardiovascular disease due to the folate present in it. Orange peels are rich in a flavonoid called hesperidin and possess anti-inflammatory properties. Since most heart diseases are caused by inflammation, orange peels will help protect your heart.

Orange peel is very helpful in reducing the chances of constipation. Studies have shown that it can be used to treat digestive disorders. 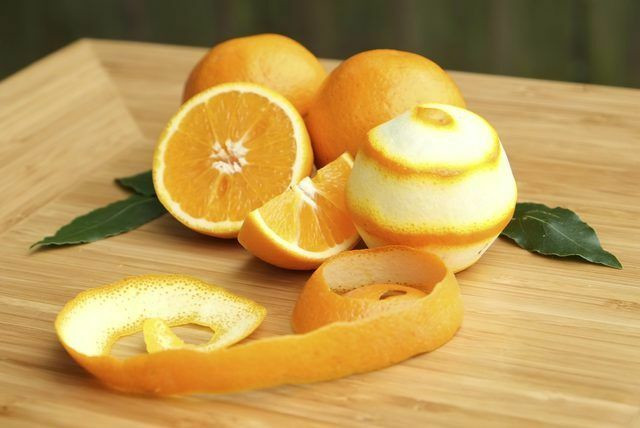 Orange peel also contains vitamin C that is known to help burn fat. It’s also a natural source of pectin, which is a natural fiber that decreases the post-meal rise in blood sugar. If you intend to lose weight this year, you should orange peel to your diet

5. Improves the health of lungs

With it’s excellent vitamin C content, orange peels help break down congestion and cleanse the lungs. Vitamin C also boosts immunity, and this helps ward off and prevent lung infections. The peels can help you expel phlegm (the thick viscous substance secreted by the mucous membranes of the respiratory passages, especially when produced in excessive quantities during a cold) by cleansing your lungs.